When I was 29, we still lived in the yellow cottage on the mountaintop. As we entered and exited our temporary home we dodged banana slugs on the cobblestone walk. One evening a police car pulled up and arrested our neighbor. Later he told us his daughter had called the cops on him saying he had hit her. It was an odd site for our quiet cul-de- sac. He moved out a month later. We weren’t staying either, so I never photographed him. That’s all we heard. 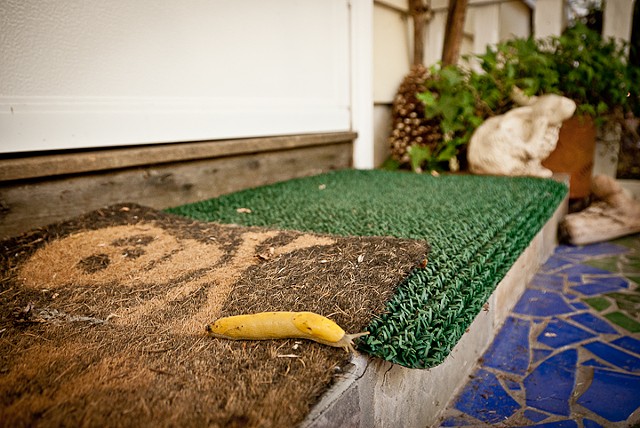